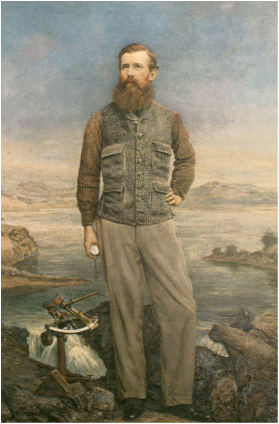 John Hanning Speke
Speke was the first European explorer who found the source of Nile River. Nile River is a river located in the Northern Africa. John Hanning speke was a great explorer but at the same time he was a officer of the british army. He called the source of Nile River, Lake Victoria. Speke has an amazing carrier but he is also famous for writing a journal which was a evidence of racism. Speke affected many people Politically


Basic Facts
John Hanning Speke was born in May 4th 1827 in Bideford,England.
Speke died in September 15th 1864 in Neston Park,England.
Occupation: Explorer and Officer of the British Indian Army.
Powered by